Gyeongju. As the capital of the Silla Kingdom for almost a thousand years, Gyeongju has preserved vast amount of significant and fascinating historical heritages. Along with Bulguksa Temple and Seokguram Grotto, the Gyeongju Historical District has been designated as a World Heritage by UNESCO. Due to the bountiful historical, natural and cultural attractions Gyeongju can be called as “a Museum without Walls” of Korea.

Bulguksa Temple was built in 528 during the Silla Dynasty and since Bulguksa has become an important regional center of Korean Buddhism. While it has been rebuilt on a number of occasions, much of the present form of the temple can be traced to a major archaeological investigation and reconstruction effort carried out by presidential order between 1969 and 1973. More recently, in December 1995, Bulguksa was added to the UNESCO World Heritage list. 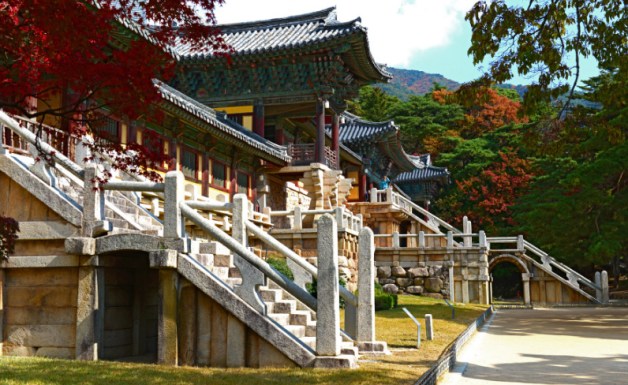 Seokguram Grotto (Stone Cave Hermitage)
Located some distance up Mt. T’oham is Seokguram. Seokguram was carved at about the same time as Bulguksa was originally constructed. It has been designated National Treasure No. 24. In December 1995, together with Bulguksa it was added to the UNESCO World Heritage list. 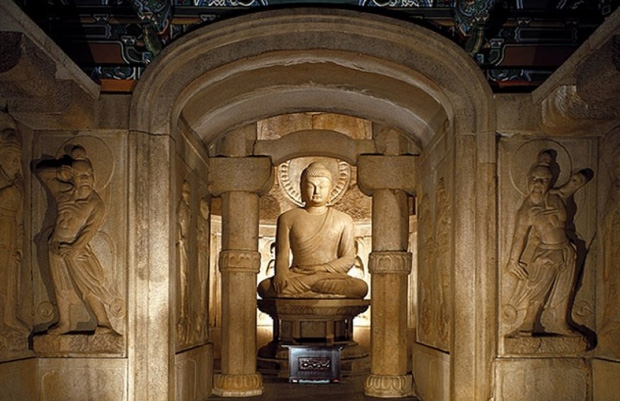 Gyeongju National Museum is deep in tradition, with a history of about 90 years. In the museum you can view the history of the Gyeongju district.