Korea is a relatively small country, but has a numerous number of National parks, some of them have been internationally recognized as UNESCO Natural Biosphere Reserves. Here is a description of some of National Parks.

Soraksan Mt. National Park. After being designated as Natural Monument No. 171 in November 1965, Seoraksan became Korea’s 5th national park in March 1970. It was selected as a conservation area by UNESCO in 1982, because of its variety of plants and animals. 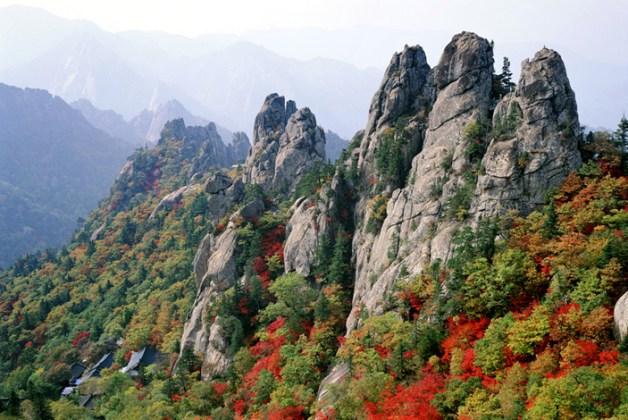 Kwon Kum Seong Fortress is the best place to view all of the National Park. There is a legend that 2 generals built the castle to avoid war. You can go to the fotress by cable car and in clear weather you can see the East Sea and the city of Sokcho.

Sinheungsa Temple was built in 652 A.D. by the Buddhist monk Chajang-yulsa. On the path to Sinheungsa, there is a great bronze statue called Bronze Jwabul Statue, which is 14.6 m high. 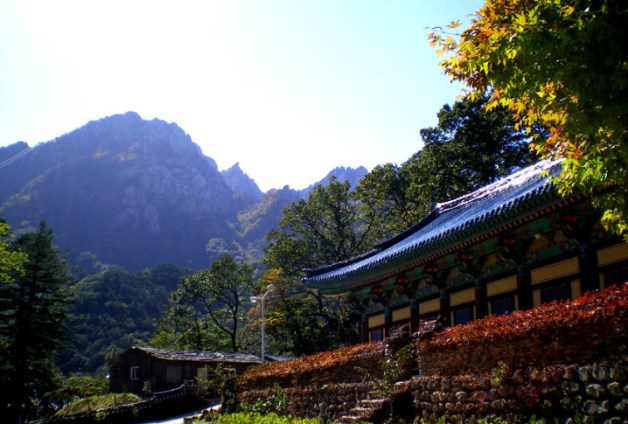 Bukhansan National Park lies within the territory of Seoul city, covering a total of 79.916km2, or 13% of the Seoul area and playing an important role as a “green lung” for Seoul. The name Bukhansan means “big mountain in the north”. Mt. Bukhansan has such smooth curves that the large granite rocks sometimes look as if they would slide down the mountain.
According to legend, it is believed that the mountain spirit of Paekdusan temporarily rested in the area surrounded by 3 Peaks on what was then called Samgaksan (Triangle Mountain). It is said that he was so impressed with the mountain, that he continues to this day, to visit Pohyonbong and Pugak to admire their unobstructed views of Seoul. Bukhansan is a collage of precipitous peaks, rough terrain, and valleys.
As most Korean national parks Bukhansan has several Buddhist Temples, one of them is Tosongsa Temple which is very colorfully decorated for Buddha’s birthday. 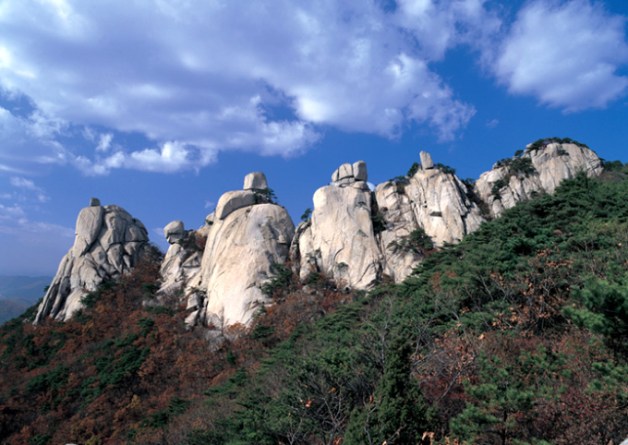 Gyeongju National Park differs notably from other national parks in that a great majority of its entire area is composed of various artifacts of differing shapes and sizes, along with famous sites. Among these various cultural assets of Kyongju, the capital of the ancient Shilla Kingdom, a visitor can view relics which were used for a thousand years, and have remained intact for another thousand years after the fall of Shilla.
Namsan Mountain in Gyeongju is famous for numerous stone Buddhas carved on the rocks starting from the 7th century.

Hallasan National Park is located in the southernmost part of Korea, on Jeju Island. Standing 1,950m above sea level Hallasan is the highest mountain in South Korea, and is a dormant volcano with a lake crater at its summit. The entire area has been designated as a nature preservation zone and UNESCO Natural Biosphere Reserves in an effort to protect the rare plants and animals that inhabit the mountain park. Every season at Hallasan presents a different and spectacular view, but it is most renown for its springtime beauty, when the azaleas are in full bloom. 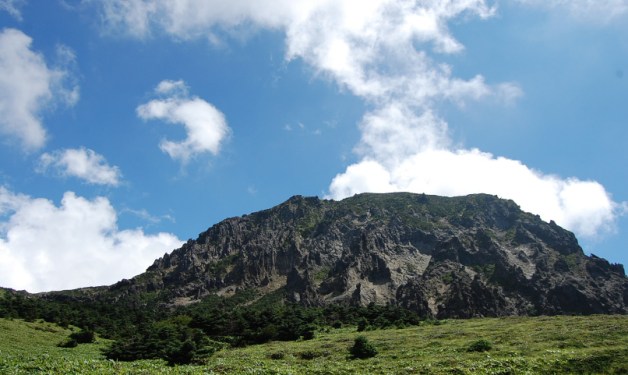